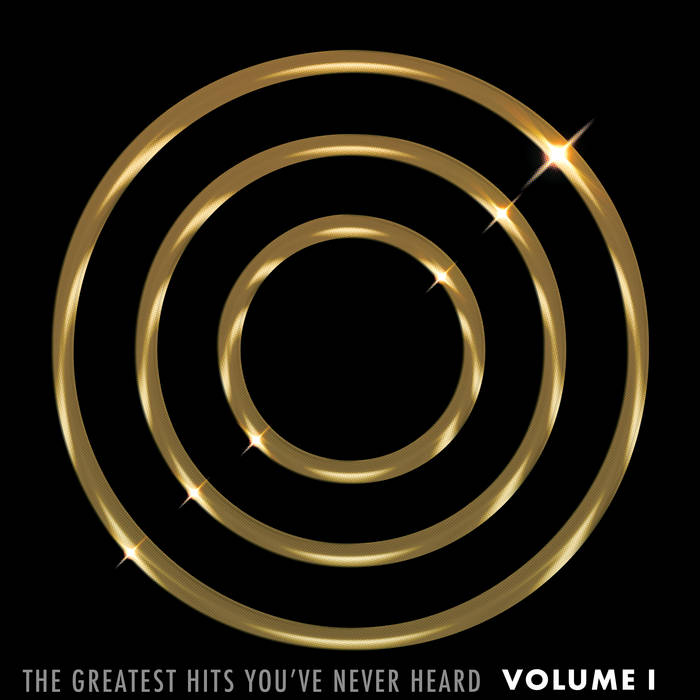 Explaining the songs contained on this compilation isn't easy. How do you talk about your babies equally, not favoring one over the other? That's how this feels, this whole 3 volume set. I'll break it down right here the best I can.

Dismissed "Self Impression"
Dismissed were one of the first bands I ever worked with on the label side of things. I actually connected with the band around 2001 when they were in high school. We were all young and dumb and after Scott's Vanishing Point Records dropped them in 2002, I instantly picked them up as the very first IVM signing in early 2003. I released "Taking The Good With The Bad" not long after, on March 25th of that year. Read my "story" on IVM to get a better feel of that time period.

Forgotten Arrival "Take Him Home"
This band was incredibly unique. You couldn't quite peg their sound down and nail their genre. They were all over the place. That could be a compliment or a critique, however you want to look at it. This band had parts of songs that were well executed and others that were head scratchers. This is one of my favorite songs from "Through Your Eyes" and released in 2003. This was the 2nd IVM Release behind Dismissed and right before Next In Line.

Next In Line "Michigan"
Anthony (Lead Vocals/Guitar) loved auto tune. I loved this album and didn't care. He really is a talented guy and the rest of them were too. Look at how far he has come with his band Little Hurricane (look them up, you wont be sorry you did). "Michigan" was one of my favorites off the "Traffic" record. This more subdued record produced in part by Masaki Liu in Nor Cal. was unlike the rest of the albums on IVM and had a commercial sheen. The Greatest Hits You've Never Heard expresses that sentiment best here.

Josiah "Requiem for a Dream"
This band was chaotic. Musically harsh yet extremely poetic and hope inspiring lyrically. You wouldn't see the lyrics unless you owned the CD or knew them personally. The vocals were almost indescipherable but that wasn't Josh W.'s (Lead Vocals) fault, it was most likely production issues. This was one of my favorites off the "Verona record. Beauty and Chaos all in one single song.

Pennylane "The Role of (You Care)"
The guys in Pennylane were awesome. You can't go wrong with Kauai, Hawaii no matter how you look at it. They had a certain passion and charm that a lot of other bands lacked. Their songs ranged from the more poppy and commercial to harsh and almost post-hardcorish. It's like Acceptance meets From First to Last, Saosin, and Further Seems Forever all in that 2004 time period. This is a favorite of mine but so is "Riverside Waiting", the epic 6 minute track that put them on the map.

Joey's Loss "The Imposters"
Been following these men since early 00's and all those compilation contributions. They released "Letters Written Without Ink" in 2003 and I got the wild idea to "sign" them then make them record a whole new album. It worked out in the end even though it sounded crazy. This song is one of my favorites along with "Our Restoration" and heck, the rest of the album. A few guys went on to form The Hotshot Freight Train and then Small Wars more recently (check them all out).

Anthym "Slow Asleep"
This track appeared on Hearts Bleed Passion Vol. 1 and was a sweet parting goodbye by the band. They formed Midnight Hour not long after this recording and added a new singer then went soft alt-rock route. These men were all skilled at their craft and especially live too. The early Anthym songs were similar to early Thrice, Saosin, Incomplete, and Dogwood but really great too. I tried to work with them on an IVM level but it wouldn't have worked out. Dan Ardis (Drums) went on to play with Dismissed for a short while when they played Live.

Dismissed "Bittersweet"
Bittersweet was right. This came out at tough transitional period for me and IVM as a whole. I believe the band recorded it after I was shutting down the site/label. They released it as a new "demo" and I told them I would put it up online as a free download on a site called christianpunk where it stayed until I re-launched IVM as webzine at which time I put it up again for free. This "demo" 4 song ep was some of the best songs the band ever recorded in their history. It was recorded at the same studio, Love Juice Labs, but just had an overall heavier vibe. Dave's vocals really improved and he belted out those notes with superior presence. I actually shopped this demo to Tooth & Nail and Chad (Johnson) expressed interest but it didn't work out for whatever reason. The band ended not long after this whole thing. They later regrouped under the name Kings to You. This song originally appeared as track 1 on "Hearts Bleed Passion Vol. 1" which was my first official CD compilation after Biggest Fan Vol. 2.

Incomplete "Rend"
Me and Incomplete go way back, I mean way back! I booked them back in the day when I was a senior in high school and they were all the same age. I talked with Mike N. (Lead Vocals at the time/Guitar) on the phone and we chatted about all sorts of music stuff. They played a few shows of mine back in the day and this Incomplete "93-98" album was the very first CDs I bought and sold in the IVM webstore back in 2000. Rend was my favorite track on that CD.

Thrush "Rise and Fall"
Adam and Andy from Craig's Brother and Too Bad Eugene went on to drop the pop-punk and went full on rock when they launched Thrush in 2004. Their 4 song CDep "Aeon" was a favorite of mine back in the day. I even carried the CD in my webstore. If I could have "signed" them, I would have. Their lyrics were less spiritual and more in your face, bullets of truth about the music environment and how they fit in that grand scheme of things. I booked Too Bad Eugene a couple of times in my past and always thought Adam and Andy were cool dudes. Great people.

Quick and The Dead "He Is Always There"
Oh boy, where do I start. I got the wild idea to release more music on IVM back in 2007 after a 3 year break. Since I had been a fan of this band for years ever since the guys in Anthym shared their music with me. I knew I had to work with Shane and crew. Shane Gould and his brother Kerry really created beautiful, poppy, and energetic, passionate music. This album was more of a mellow release than all their prior albums and demos. I didn't mind as much. Shane produced all their music in his bedroom and you can tell on this album. I believe some of the drums are electronic too. I released "Going Home" in 2007 at Cornerstone Festival California where I had a booth. "He is Always There" is a great song that could have been on any Christian Rock station back in the day. The Used meets Thrice meets Anberlin and Emery.

My Epic "You Became I (Hearts Bleed Passion Version)"
Where do I begin with this band? My love for them is ever lasting. I can't condense everything relating to these guys and their music into a few sentences so I would just encourage you all to read my "history" story on IVM. This song was their first on IVM and meant to serve as promotion for their upcoming Indie Vision Music full length. I had to stop IVM label operations and I sent them off to Facedown Records, literally. Loved them so much and Jason has been so gracious to welcome them in. I think it has worked out pretty well :)

Incomplete "Too Late"
Like I said above, I worked with Incomplete so much in the past that including them here is non negotiable. This band has meant so much to me and my walk with God. They didn't release a ton of music but that 4 song contribution "Dogwood Split" was my favorite. "Too Late" is a great song and thanks to Lance Brown who released this ep on his label One Moment Records back in the day.

Kings To You "Don't Blink"
Incredible. This departure from their sing/scream past was for the best. These songs on "The Antidote" album are their best and something Dismissed wasn't ready to release up until that point. This 2007 album by the band formerly known as Dismissed was simply amazing. Dave Arthur had perfected his vocals by the time of the 3 song demo and then at the time The Antidote released. "Don't Blink" and "Strike Back" are some of my favorites from the record but really all the song are great. Did I mention that lead vocalist/guitarist Dave Arthur did the singing parts on the band As I Lay Dying's 2005 album "Shadows Are Security"?

Dismissed "The Fall of Friendship"
This was the first Dismissed song I ever had a part in. Recorded at Scott Silletta's (Plankeye, Fanmail, The Franchise) Orange Crush Studio in like 2001/02 and released on I'm Your Biggest Fan Vol. 2. They were all in High School at the time of recording. A screamo/punk One Direction. I kid. They were unlike anything on radio or even in the scene for the most part. Great stuff and this song serves as a reminder that a debut first song can sound good even with young talent.