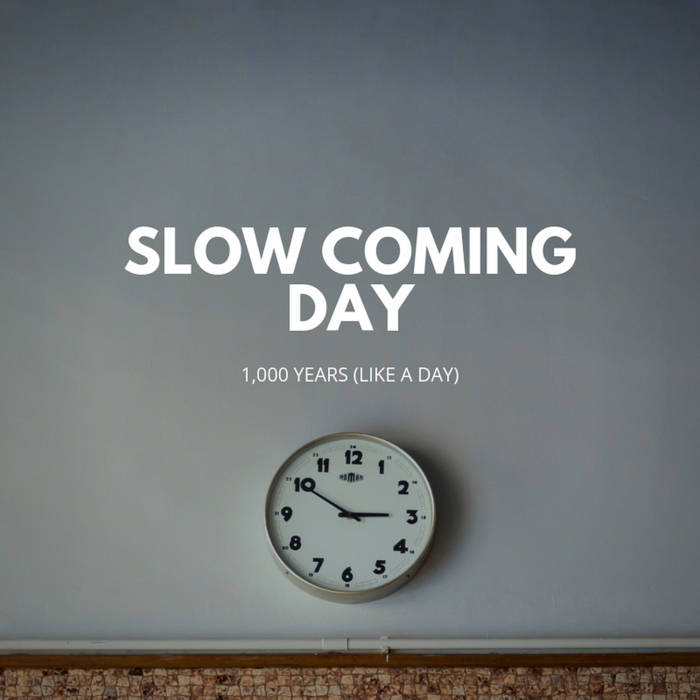 Josh Krady So glad this came out, great Valentine's Day gift for myself. ♥

The group toured & played with many great bands such as Mae, Copeland, Emery, Further Seems Forever, Juliana Theory, Twothirtyeight, Spitalfield, As Tall As Lions, Gatsby’s American Dream, Waking Ashland, Mewithoutyou, Anberlin, Brandtson, and Watashi Wa to name a few. They have also been featured on many different compilations over the years, including Deep Elm Record’s Emo Diaries Chapter 8.

Orion Walsh (vocals/guitar) says: "This album was made myself recording & by sending the songs back & forth to each other through email like the Postal Service did. Each member of Slow Coming Day lives in another state. I'm in Lincoln, Nebraska, Matt Bailey, drummer, lives in Portland, Oregon, Dave Stoots, bass, is in Indianapolis, Indiana, & Kevin Michael, guitar & Brandon Queen, formerly drums & bass, both live in L.A."
Turn off the TV, close your internet browsers, and put on the headphones, it’s time for a trip back in time. The critically underrated indie-emo-rock or whatever you would like to call them band, have decided to come out of retirement and write new songs. These 9 new songs will be arranged in an album titled “1000 Years (Like A Day)” which will be released via Indie Vision Music on February 14th.
It’ll be available in Digital format and on CD. Pre-orders for the CD have launched in the IVM Storenvy store. This new effort will see the band exploring new territory while full embracing a familiar landscape of carefully thought out melodies and remarkable songwriting. Orion Walsh and the gang are back and this new effort will prove once again why good music should never go unnoticed. Mastered by Sef Idle for Simpul Studio. If you’ve enjoyed Orion’s solo material, The Postal Service, Brandtson, Jimmy Eat World, American Football, Starflyer 59 and Slow Coming Day songs, you’re going to love this.


Slow Coming Day is an American indie rock band consisting of Orion Walsh (vocals, guitar), Dave Stoots (bass), and Matt Bailey (drums). Previously the group released it’s first independent EP “A Part of Me Died” in 2002, followed by a full length “Farewell to the Familiar” on Tooth and Nail Records in 2003. The group toured & played with many great bands such as Mae, Copeland, Emery, Further Seems Forever, Juliana Theory, Twothirtyeight, Spitalfield, As Tall As Lions, Gatsby’s American Dream, Waking Ashland, Mewithoutyou, Anberlin, Brandtson, and Watashi Wa to name a few. The band has also been featured on many different compilations over the years the most notorious being Deep Elm Record’s Emo Diaries Chapter 8. Many individuals in the past have asked where the band name comes from. The truth is that Matt, the drummer, thought of the name. The idea behind Slow Coming Day can be summed up by reading 2 Peter chapter 3. “But do not forget this one thing, dear friends: With the Lord a day is like a thousand years, and a thousand years are like a day. The Lord is not slow in keeping his promise, as some understand slowness. Instead he is patient with you, not wanting anyone to perish, but everyone to come to repentance.”